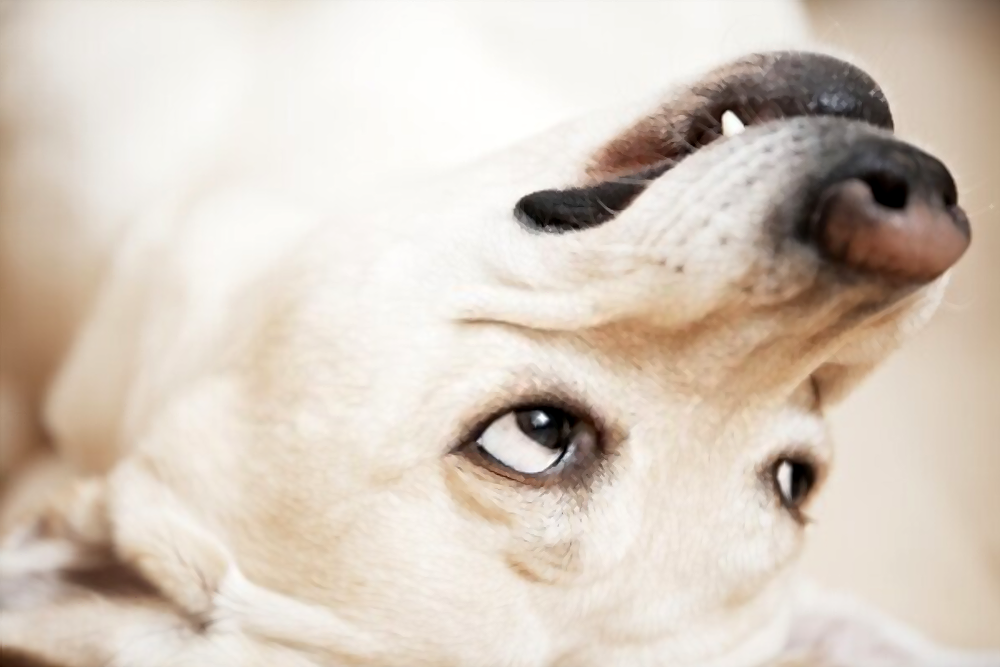 So how about I help you with both!

How to Teach Your Dog the DOWN Command 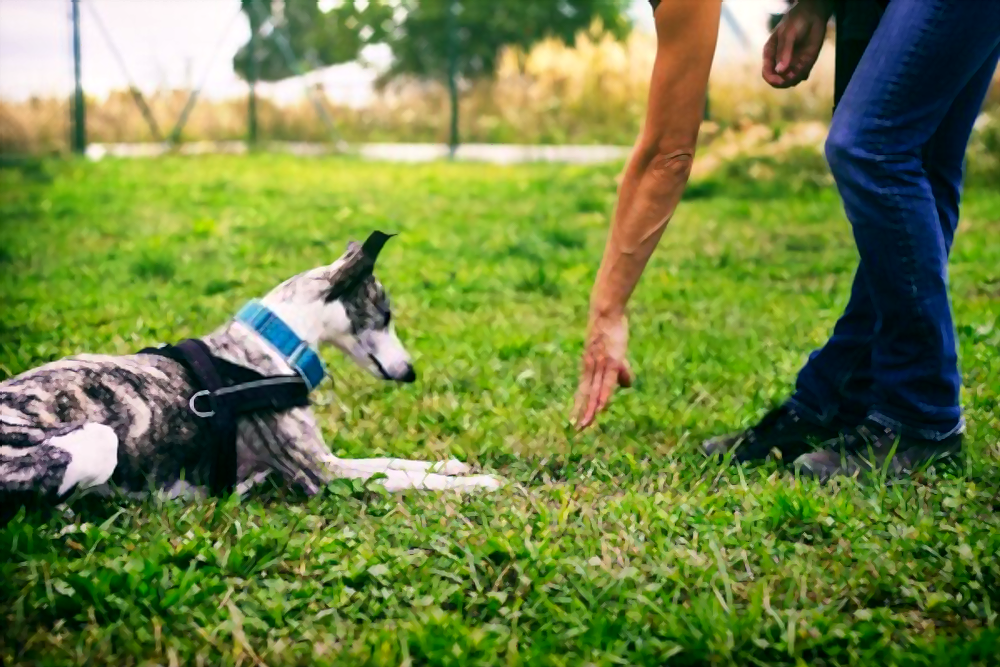 Playing dead means sitting down on the floor first. Right? In that case, it’s time to master one trick to set the base for another. Once your canine friend is comfortable with the DOWN command, he/she will find it easier to lie down completely to play dead.

1. Choose a quiet, comfortable area for training the dog

You have to make sure that distractions are kept at bay. As you might already know dogs are very likely to get easily distracted. So it’s best to train your dog in a space that’s comfortable and even quiet.

2. Command the dog to sit

You teach this particular command by holding your pup’s favorite treat high up. While you’re holding the treat in the air, push your dog’s back end toward the ground. And say SIT while you do that.

Once the dog sits, it’s time for rewarding him/her with that treat. But make sure you get the treat to the mouth. Instead of the dog jumping up and grabbing it. If your dog does that, then say NO firmly.

You can practice this as many times in the day as possible. Keep these practice sessions not longer than 10 to 15 minutes each. What’s important here is the use of positive reinforcements when your dog sits at your command.

3. Command the dog to get down with a treat

First off, get your dog to sit. Now you hold your dog’s favorite treat once again right under his/her nose. And then slowly move the treat toward the ground. While you’re doing that, say DOWN. This way your little furry companion associates the word DOWN with getting into the lying down position.

Each time your dog obeys the DOWN command, reward him/her with the treat you’ve been holding. But refrain from doing so if your naughty pet gets back up.

4. Command the dog to get down without a treat now

Repeat the same steps above, but this time do it without a treat. Let your dog believe you have a treat in your hand but don’t actually keep one. The hand movements remain the same. And once your dog obeys the command, you can reward using a treat or any other positive reinforcement.

You should practice this several times a day. Keep each practice session 10-15 minutes long. The goal is to transform the visual cue into a verbal cue with the help of these practice sessions.

How to Teach Your Dog to Play Dead 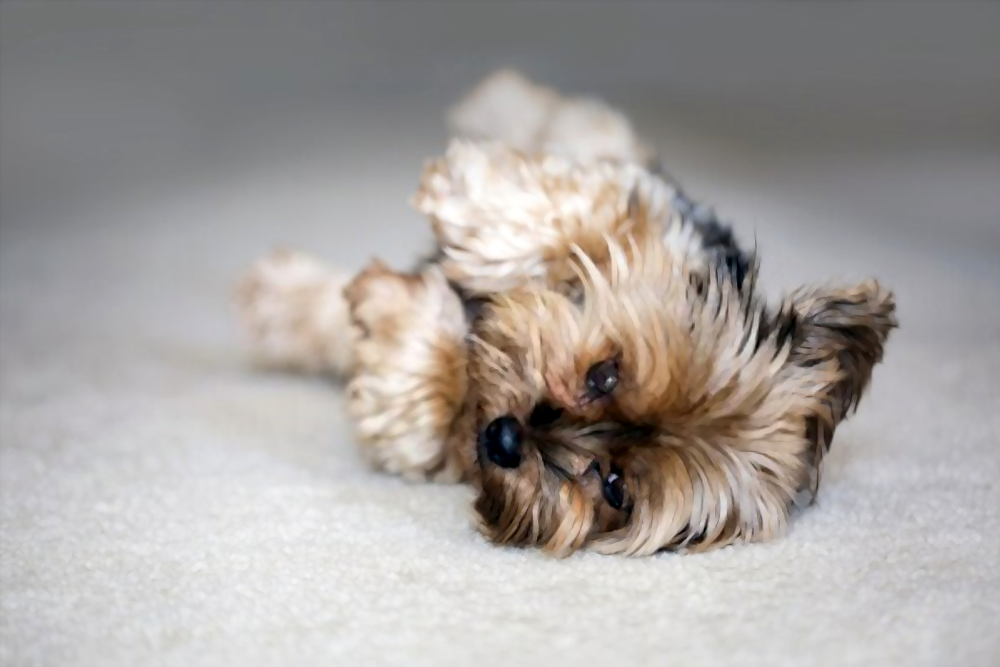 1. Command the dog to lie down sideways

From the seated or standing position, command your furry friend to lie down on his/her side. You have to start by using your hands, a clicker, and some treats. This step might require some coaxing. For that matter, be patient and don’t show any anger or haste.

Gently push your dog to one side using both your hands once he/she gets into the down position at your command. Once the dog is lying down sideways, it’s time to bring in those rewards and positive reinforcements. The latter includes rubbing the belly or verbal praise like “good boy” or “good girl.”

You can also achieve this result by luring your dog with food. Hold the treat right in front of the nose of your dog. Now move this treat to the shoulder area. Left shoulder for lying down on the right side or right shoulder for the left side. Once your dog turns the head for getting to his/her favorite treat, the body eventually gets down on either side.

At that point, use the clicker and your positive reinforcements. This way your dog knows that he/she has obeyed your command by doing the right thing.

2. Command the dog to lie down sideways (verbal cue)

Now it’s time to transition into a verbal cue. BANG is the most common term used for teaching dogs to play dead. Make sure you use just one cue and don’t confuse your dog with too many. The goal here is to get the dog to lie down sideways by responding to your command BANG. And not by following the path of the treat.

3. Command the dog to lie down sideways (visual cue)

As you use the verbal cue, bring forth the visual cue as well. Such as forming the shape of a gun using your hands. It’s called the pistol signal for dogs. So use both the verbal and visual cues at the same time. And if you wish to eliminate the verbal cue altogether, then do the action first and then say BANG.

Now it’s only natural for your dog to take some time to respond to either cue. So keep practicing and be patient. This process usually takes a few weeks. Just make sure you reward your dog generously with verbal praises and love each time he/she obeys your commands.

4. Practice these tricks in several locations

Let’s say your dog has finally understood how to respond to SIT, DOWN, and BANG at home. This doesn’t mean he/she is going to obey in a different location or around other people. You need to practice for that even. And the best way to go about it is to perform the training task in more than just one location. Such as the park, outside your house, around other people, etc.

It’s not that difficult to understand how to teach your dog to play dead. The trick is very common and popular for the mere fact that it’s easy to teach. You just have to know how to go about it properly. And to be patient.

Using the clicker, treats, and other positive reinforcements is absolutely necessary. Without these, you’ll get nowhere with dogs. Trust me.

Scroll back to top